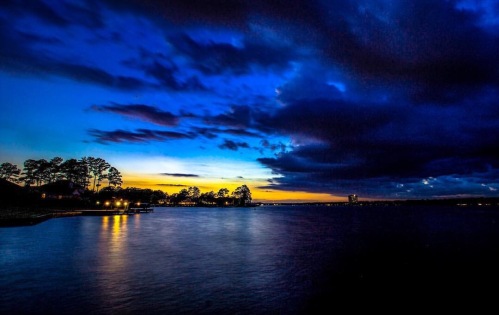 Have you ever noticed that the in depth weather report is at the end of the news? They might bring them out early to give you a tease about the weather, but they won’t give specifics until later in the broadcast. I’ve read many times that the weather is the most watched part of the news. I’ve always wondered why. They’re rarely right. The rest of the news is a presentation of facts that have happened and the weather is a prediction of what will happen. We are intrigued with possibilities and predictions more than the past.

I also think it’s interesting that the opposite is true when it comes to the Bible. We are more concerned with what’s happened than with what will happen. I would venture to say that Revelation is probably the least read book in the Bible. We care about the future of the weather, but not the future of mankind. I understand it’s very cryptic and hard to follow at times because a man two thousand years ago was trying to describe the world of technology and advancement like what we live in.

Another reason I think people steer clear of it is fear. We fear what we don’t understand.we fear the wars and plagues that are coming. I’m convinced that God did not give John the Revelation to make us afraid, but to inspire hope and to give us peace. As believers, the book of Revelation reveals the final steps before spending eternity with Jesus. It is a reminder that no matter how bad things get in the world or in your life, God knows ahead of time what’s going to happen and that He and those with Him will be victorious.

I get hope in knowing that no matter what comes my way, God knew it in advance and has prepared me for it. He is not like the weather reporter who guesses at the future. He knows with certainty what will happen. We can trust His promise in Deuteronomy 31:8 that says, “Do not be afraid or discouraged, for the Lord will personally go ahead of you. He will be with you; He will neither fail you nor abandon you.” (NLT) He knew we would be afraid of what the future holds. He knew that we would need Him right there with us so he made us that promise.

Another promise I hold onto when the future is uncertain is Isaiah 43:2. It says, “When you go through deep waters, I will be with you. When you go through rivers of difficulty, you will not drown. When you walk through the fire of oppression, you will not be burned up; the flames will not consume you.” Jesus even told us that in this world we would have trouble. He told us that hard times were coming. He then said, “I have told you all this (the future) so that you may have peace in me.” We don’t have to be afraid of the uncertainties ahead. Pray that God will give you peace and courage to move ahead

Tagged as christian living, Christianity, Devotion, Devotional, difficult times, encouragement, fear, future, Harvey, in this world you will have trouble, never leave you nor forsake you, peace, spiritual growth, unknown future, weather, when you go through the waters

One response to “Peace In Uncertainty”