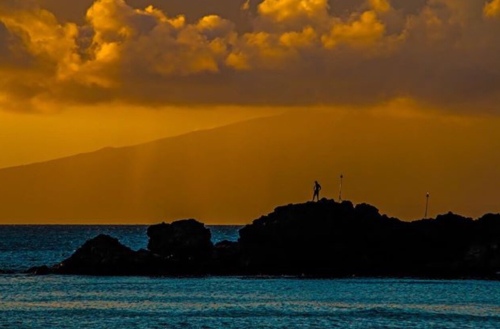 This morning I have the lyrics of Paul Baloche’s song “Lead Me To The Rock” going through my mind. The first verse says, “When my heart is overwhelmed, and my eyes are blind to you, and the pain of life is too heavy to bear, and then the mountains seem so high, and my faith’s too weak to climb, lead me to the rock that is higher than I.” The song is based on Psalm 61:2 that says, “From the ends of the earth, I cry to you for help when my heart is overwhelmed. Lead me to the towering rock of safety” (NLT).

Each of us face difficult times in life. Then there are those times when the rain doesn’t seem to stop. The bad things pour on you. The bad news keeps coming. It can feel like you’re going to drown in sorrow. You think, “I don’t know what I’ll do if I get one more piece of bad news.” It’s in those times that your prayer should be like David’s in this Psalm. Ask God to lead you to the rock that’s higher than you are.

I know what’s it’s like to feel like the bottom is falling out from under you constantly. When you’re looking for something, anything solid enough to stand on. You can go to God in those times. He is the rock that you can stand on. A sure foundation in times of trouble. When you’re feeling overwhelmed by all that is going on in your life, you can call out to Him. I can let you know that in my own life, when I’ve done that, He has shown up and rescued me. He has walked through the storms with me.

Whatever you’re facing today, stop and pray that God would lead you to the rock. Don’t get caught up in all the bad news to the point that you forget where your faith lies. As Peter was going under during the storm, after having walked on water, he called out, “Lord, save me!” In Matthew 14:31, the Bible says, “Jesus immediately reached out and grabbed him.” The storm didn’t stop until later, but that didn’t matter because he had the hand of the one whom the wind and seas obey. If you’re overwhelmed today, call out to Him and take His hand.

Photo by Images by Chauvin