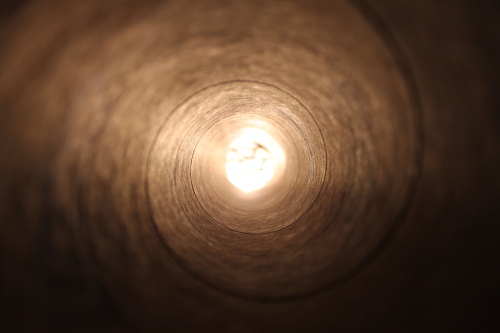 How do you respond to road blocks and set backs? Do you believe the non-scriptural platitudes that say, “God doesn’t close a door without opening a window”? Do you give up and just sit there? Maybe you look for another route and roll with the punches. Each of us respond in different ways when we’ve done the ground work for things in our lives only to have it stopped suddenly. I believe how we respond matters.

In Genesis 26, Abraham had already died and his son Isaac was a full grown man. Isaac planted crops and God blessed them. Whatever he did, God put His hand on it and made him successful. With that success came jealousy from others who were not as blessed. The Philistines went around and filled his wells with dirt, and their king made him uproot his family and move because of their jealousy.

When Isaac moved away to other places he had taken his flocks before, he realized what they had done. Isaac and his father had dug many wells throughout the land to give water to their family and flocks. Now, all those years of work had been undone. He could have looked for other wells that didn’t belong to him, but that wasn’t right. Genesis 26:18 says, “He reopened the wells his father had dug, which the Philistines had filled in after Abraham’s death. Isaac also restored the names Abraham had given them” (NLT).

When what you’ve worked for gets destroyed by someone else, don’t just walk away or give up. Put the work back into it and re-dig your wells. It’s going to take work. It’s going to take determination. Your desire to be successful and blessed has to be stronger than your desire to give up. Isaac didn’t quit or look for God to open a new well. He grabbed a shovel, started digging, and restored what the enemy had closed. That’s the response we should give to set backs and roadblocks in our lives.

Photo by Vladimir Kramer on Unsplash

One response to “Reopen The Wells”