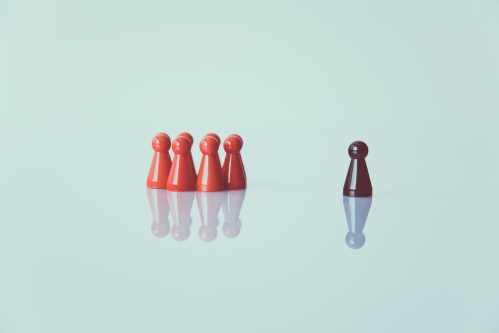 I was in a meeting when a group of coworkers decided to go downtown for dinner and to check out the night life despite being told by our supervisors not to. They were asking one guy to go with them and he said, “I don’t like to be out late. I’m a bear when I don’t get my sleep.” They continued to pressure him until finally he agreed. They all cheered and he smiled sheepishly. The group then turned to me and said, “Let’s go! Are you in?” Matter of factly I said, “No.” The leader of the group said, “Well, that was definitive.” He turned to the group and asked what time everyone wanted to leave.

Peer pressure isn’t something that only kids face. We as adults are exposed to it almost daily. Most of it is harmless, but there are those moments when it’s trying to get you to sin. I’ve learned that disobedience likes company. It’s a way of justifying your desires that are counter productive to what God wants you to do. If more people are doing it, then it’s the popular opinion and we must be misinterpreting God. That kind of peer pressure is what got Adam and Eve to sin.

Proverbs 1:10 says, “When peer pressure compels you to go with the crowd and sinners invite you to join in, you must simply say, ‘No!’” (TPT) If you haven’t decided before a situation arises how you are going act or what you’re going to say, it becomes increasingly difficult to respond the right way. We need to purpose in our hearts to say, “No” when temptation comes. We must be firm and have a desire to please God more than man. Remember that peer pressure only works when they think you can be influenced to go along with the crowd. Ask God today to help you stand firm in the areas where you normally give in.

Photo by Markus Spiske on Unsplash

One response to “Fighting Peer Pressure”