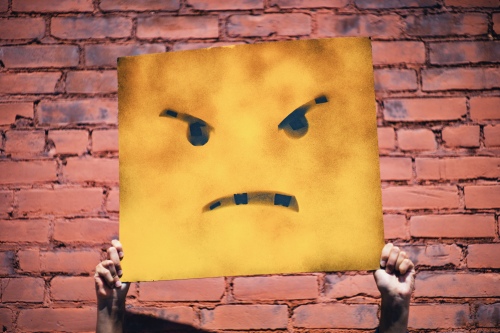 I read an article on abcnews.com that asked, “Are you angry at God?” They cited a survey of Americans by Case Western Reserve University that showed between 1/3 and 2/3 of the people surveyed said they were angry with God in response to something they’re currently suffering with. It went on to say that anger at God can become a spiritual fork in the road where a person can choose to disengage from their relationship with God and stop believing in Him. I believe it’s something each of face and have to make a decision about ahead of time. Are we going to blame God when bad things happen and get mad at Him because things aren’t going our way?

The easiest solution on earth is to blame someone else. Adam and Eve both did it the moment they were caught sinning. When things don’t go right, we look for a scapegoat. Many times that is God. I’ve been mad at God a few times because of unanswered prayers and circumstances that have happened. Once I told Him, “I’ll never ask you for anything again!” It lasted for a while, but it turns out I can’t live this life without His help. God is big enough for me to be angry at, but as the Ephesians 4:26 says, “Be angry and sin not.”

Job was a person who had a right to be angry. In one day he lost everything he owned including his children. He could have blamed God for the sudden disasters that hit him, but Job 1:22 says, “Not once through all this did Job sin; not once did he blame God” (MSG). You and I can’t see into the spiritual realm. We don’t know everything that’s going on nor can we always see the effects of our decisions. Instead of being angry at God or blaming Him, try doing what Job did and worship a God instead recognizing that everything you have is His.

Photo by Andre Hunter on Unsplash

Tagged as bad things happen, be angry and sin not, being angry at God, Devotional, everything is God's fault, is it a sin to be angry, is it ok to be angry at God, mad at God, things don't go my way, upset with God, what does the bible say about

2 responses to “Angry At God?”