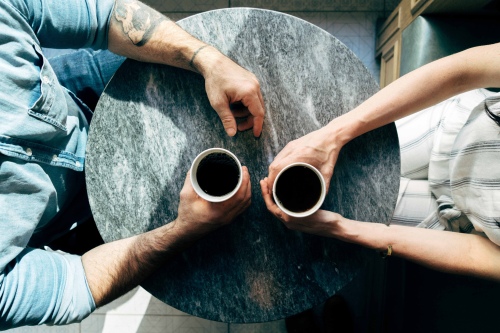 When Carlos Beltrán retired from baseball, he wrote a letter to other players giving them wisdom. He started off his letter saying the best advice he ever got was from a golfer named Chi Chi Rodríguez. Here’s a snippet of what he wrote:

“Carlos,” he said, “what do you want to accomplish in life?”

I said, “I want to be successful, Chi Chi … successful at the game of baseball.”

I was confused. Simple? Was this a joke?

So I said to him, “If it’s so simple, why don’t you see more successful baseball players? Why can you only count the very best in the league on only two hands?”

He put his hand on my shoulder.

“To be successful in life, Carlos, you have to surround yourself with successful people. You can’t be afraid to ask questions to those people that you look up to.”

He goes on to say how as he played for 7 teams throughout his 19 year career in the Majors and 9 All Star Games, he made it a point to approach the best players in the locker room and ask them questions about how to they got better and what advice they would give. To his surprise, every one of them took time to answer his questions and help him improve.

It reminds me of when Queen Sheba traveled to Israel to meet Solomon in 2 Chronicles 9. She approached him and asked him all the hard questions she could think of. The Bible says Solomon answered them all. Verses 22 – 23 say, “King Solomon was richer and wiser than any other king in the world. They all consulted him, to hear the wisdom that God had given him” (GNT). Solomon took time to answer the questions of other kings too.

Proverbs 3:13 says, “Those who find true wisdom obtain the tools for understanding, the proper way to live, for they will have a fountain of blessing pouring into their lives. To gain the riches of wisdom is far greater than gaining the wealth of the world” (TPT). Each of us need more wisdom than we have today. Who has God placed in your life that you can draw wisdom from? Set up a time to meet with them and have questions already prepared. You’ll find that they will make time for you and pass on their wisdom, but only if you’re willing to ask.

If you want to read the whole letter from Carlos Beltrán, click here.

Photo by Joshua Ness on Unsplash