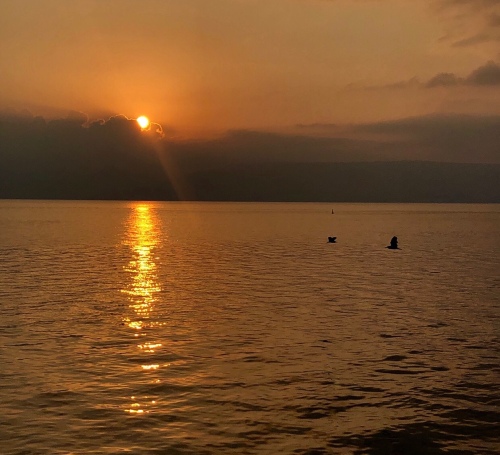 One of the consistent things I’ve heard in recent years is how many Muslims are having dreams of Jesus. An Arab pastor in Israel was telling us that he went to a conference in the Middle East and people were given the opportunity to share their testimony. One after one stood up and shared the same thing. They were each visited in a dream by Jesus and gave their heart to Him. He said after several of the same testimonies, he prayed and said, “Why are you visiting them in their dreams?” He heard God say, “Because the Church has disappeared.” He knew then that he needed to do something to be visible in the Middle East.

One of the things I talk to leaders about is the importance of visibility. When leaders are not visible, people don’t know who to follow or start following someone who is. When the Church quits being visible in the market place, in the arts, in public, in communities or wherever, people lose the ability to follow Christ. The Early Church was great at being visible, and they knew the price of that visibility. It’s time now more than ever for us to be visible once again. Without our light, it’s the blind leading the blind. We are to be the light of the world so that the invisible God will be made visible for people to come to.

Colossians 1:15 says, “Christ is the visible image of the invisible God” (NLT). You and I bear His image and are even named for having that image as Christians. When we hide our relationship with Him from others or pull out of the market place, we hide Christ, the visible image of God, from them. It’s time for us to let our light shine so bright that others may see the visible image of Christ in us. We can no longer afford to be invisible in the world. We know the Way, it’s time for us to show the Way. Seek God today and ask Him to show you where and to whom you need to be more visible to. You may be the only Jesus someone sees. Make sure He’s visible in your life, in your actions and your words.

Tagged as being visible, Christ is the visible image of god, Christian, christian living, Christianity, Devotional, devotional on, don’t hide your faith, encouragement, let your light so shine, letting people see Jesus in you, light of the world, visible faith, what does the bible say about

One response to “Being Visible”