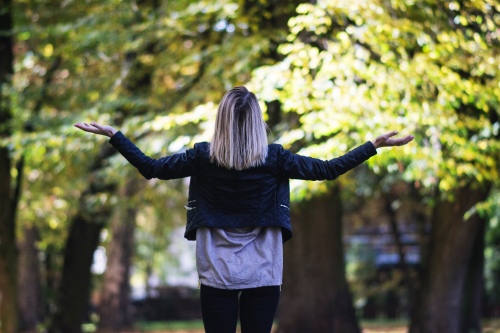 I was recently at our men’s group breakfast. We had some discussion questions to spark conversation at the table. The last question on there had a verse in Exodus where Moses was complaining to God and letting Him have it for doing what He told him and how everything was still going wrong. It then asked, “Do you feel comfortable expressing your feelings to God?” I don’t think there’s a person alive who doesn’t get frustrated at God. The problem comes from our unmet expectation of Him when we do what we’re asked. Our expectation is that if we’re in His will doing what He asks of us that all will go perfectly smooth. He never promised that though. He simply tells us to obey Him no matter how bad things get.

Jeremiah was a prophet who had to tell the nation of Israel that God was going to scatter them and force them out of their land. All the other “prophets” were prophesying the opposite. No one listened to him as he did and said what God told him to. In fact, when they were besieged, instead of listening to him then, they put him in prison and then down a well. Can you imagine? God chose him, gave him the words to say and things didn’t go smoothly. In Jeremiah 15:18, he complained to God, “Why has my pain been perpetual and my wound incurable, refusing to be healed? Will you indeed be to me like a deceptive brook with water that is unreliable?” AMP) I’ve learned that God is not afraid of our complaints, nor is He afraid to answer us when we complain.

The next verse in Jeremiah, God responds, “If you repent [and give up this mistaken attitude of despair and self-pity], then I will restore you [to a state of inner peace] So that you may stand before Me [as My obedient representative]; And if you separate the precious from the worthless [examining yourself and cleansing your heart from unwarranted doubt concerning My faithfulness], You will become My spokesman.” How many times do we have a mistaken attitude when we complain to God? Is it usually birthed out of doubt about who He is and what He’s called you to? If it is, it’s time to repent. God is worthy of your trust and obedience no matter what your circumstances look like. He’s looking at your life from a big picture perspective. Don’t look at Him through a circumstantial perspective. Trust in His plan and keep obeying what He told you to do no matter what.

Tagged as bible study, complaining, Devotional, devotional on, doing what god asks, Jeremiah, mad at God, Moses complained to God, not going as planned, obedience to god, obeying god, telling god what you think, things not working out, what does the bible say about

One response to “Complaining To God”