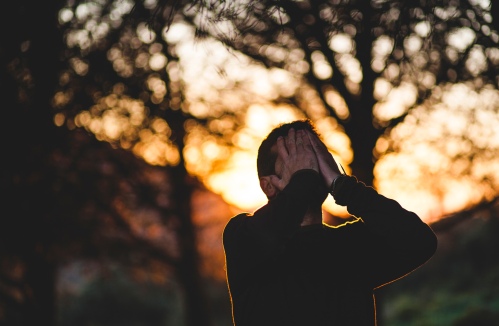 Patience. It’s not a word we like very much. We like to have results quickly without having to put in the time and effort. We want answers given to us without us having to dig for them. We want growth without risk, and we want fruit without tending the garden. We’ve heard the saying, “Good things come to those who wait,” but who really wants to wait? We live in a now society where everything is given to us quickly. The temptation is to let our societal speed carry over into our spiritual growth.

Endurance. It’s not something you get in good times. It requires pushing yourself beyond what you think you’re capable of. It takes mental toughness to get it. You have to withstand pressure repeatedly in order to attain it. Giving up can’t be an option if you’re going to increase your endurance. You have to keep your mind on the prize to keep your mind off the struggle if you’re going to build your endurance. It isn’t given to you, it’s earned.

Both of these things are required of us as Christians. The more of God you want to know, the more patience and endurance you’re going to have to have. If we are willing to give up in the struggle, we will miss the blessings God is preparing us for. Hebrews 10:36 says, “Patient endurance is what you need now, so that you will continue to do God’s will. Then you will receive all that He has promised” (NLT). When things appear to be going wrong in our life, God is preparing us to receive all He has for us.

We can’t be like Jacob and fight it. In Genesis 42, there was a famine in the land. Jacob sent 10 of his sons to get food in Egypt. Joseph wanted them all there so he pretended to not know them, sent them home with their food, and held one brother captive until they returned with their other brother. Jacob felt like he was being punished when God was just trying to get him to the land of plenty. In verse 36, he cried out, “You are robbing me of my children! Joseph is gone! Simeon is gone! And now you want to take Benjamin, too. Everything is going against me!”

If everything is going against you, it’s quite possible that God is actually trying to bless you. Jacob waited a long time before he sent his sons back to get more food and their brother. He could have been living without fear of starvation. He could have had the relationship with his son restored had he not delayed. God was trying to use what appeared to be negative circumstances to move him into a place of blessing. Imagine what God could be trying to do for you in your situation. Work on having patient endurance instead of complaining, and see what God does.

Photo by Francisco Moreno on Unsplash

Tagged as being patient, bible study, christian living, Devotional, devotional on, difficult times, endurance, enduring, god is working things out for my good, hard times, have patience, Joseph, waiting on God, what does the bible say about