I’m a pretty spontaneous person. A friend could show up and ask if I wanted to go on a road trip. I’d grab a few things, toss them in a backpack and be ready to go in about ten minutes. It might be a few hours later before I realized I forgot something or realized I had a prior commitment that I had forgotten about. Meanwhile, I have friends who given the same circumstance would not be able to make a decision to go on the road trip for a couple of days. They’d need to know exactly where the trip was going, where they would be staying, when they were coming back, etc. It might take them a couple of days to decide if they were going. If they did decide to go, they would have looked at everything from all the angles before committing.

In 1 Kings 22, King Arab asked King Jehoshaphat to go to war with Romath Gilead. Jehoshaphat jumped at the opportunity, but then thought better of it and wanted to get God’s blessing first. They got about 400 prophets together and asked them. They assured the kings of God’s blessing and victory. Jehoshaphat wasn’t convinced. He asked if there were any more prophets. They told him there was one, but he always gives bad news. Jehoshaphat wanted to hear what this prophet Michaiah would say. Michaiah told them they would be defeated and die. Ahah threw him in prison and the kings decided to go to war anyway. They were defeated and Arab was killed.

Galatians 5:16 says, “But I say, walk habitually in the [Holy] Spirit [seek Him and be responsive to His guidance], and then you will certainly not carry out the desire of the sinful nature [which responds impulsively without regard for God and His precepts]” (AMP). When it comes to making big decisions, we need to be less spontaneous and more deliberate in seeking God’s guidance. Not only that, we need to follow His leading even when it conflicts with our own desires. The Holy Spirit is constantly prompting us and speaking to us. He warns us of temptations and sin. If we hear or feel His promptings and ignore them, we are choosing to be led by our flesh instead of God. If we want to live a Spirit led life, we must habitually seek Him, listen to His guidance and follow it. When we do, we open the doors to His blessings and live the life we were created to live.

Photo by Patrick Fore on Unsplash

Tagged as Arab and Jehoshaphat, bible study on, bible verses on, christian living, Devotional, devotional on, doing what God wants you to do, following God’s lead, listening to god, seeking God’s guidance, spirit led life, what does the bible say about 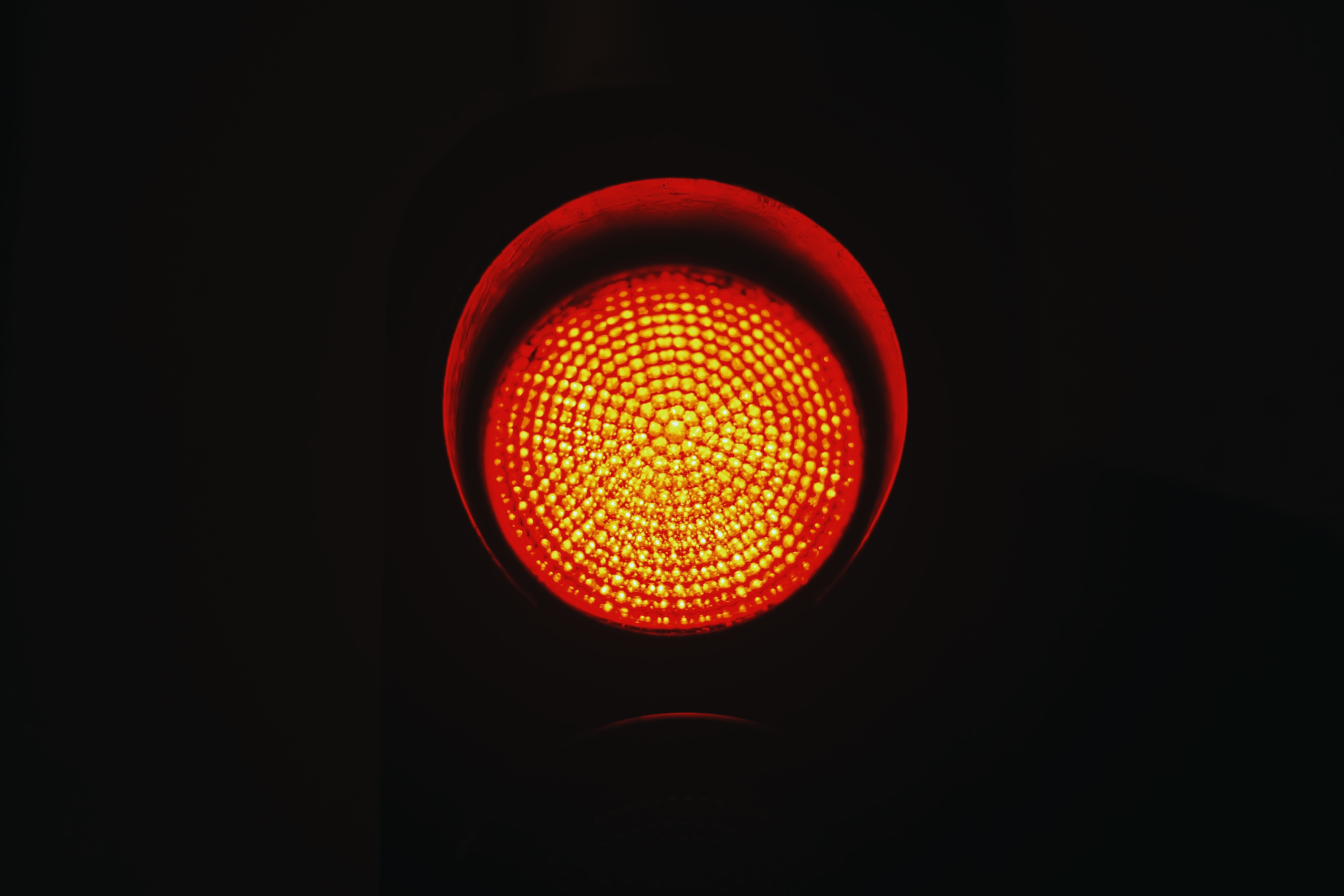 A fun game to play with a group of kids is Red Light Green Light. All the kids start out on one side while you’re on the other. You turn away and say, “Green light!” Their job is to run towards you as fast as they can while the light is green. Randomly, you turn and face them and yell, “Red light!” They have to stop immediately. If they move during red light or don’t stop, they get sent back to their starting point. You repeat this process until someone reaches you, then you start all over.

Following where God leads can feel a lot like that game. There’s a series of red lights and green lights along the way. If you’re looking for a pattern, you won’t find one. There are times when green lights seem to on,y last for a short while, and red lights can take years. We love the green lights because they make us feel like God is doing something in us and that we are being productive for Him. When the red lights come, it can feel like we’ve done something wrong. That’s not the case. Red lights come for many reasons. It can be to protect you, to teach you, to grow you, to wait for someone else’s obedience or some other reason.

The important thing is to wait where God has you for as long as He deems necessary. The Israelites went through this in the wilderness. Numbers 9:22 says, “Whether it was two days or a month or a year that the cloud [of the LORD’S presence] lingered over the tabernacle, staying above it, the Israelites remained camped and did not set out; but when it was lifted, they set out” (AMP). We don’t want to go where God’s spirit isn’t leading us. If you’re in a red light season, it’s ok. You’re where God wants you and that’s the best place to be. Rest in His presence because your green light will come.

Photo by Erwan Hesry on Unsplash

Tagged as being stuck, calling, christian living, Christianity, Devotional, devotional on, encouragement, following God’s lead, god led the Israelites, going where God leads, in a holding pattern, ministry, waiting, waiting on God, what does the bible say about, when god isn’t moving me, why isn’t god moving me