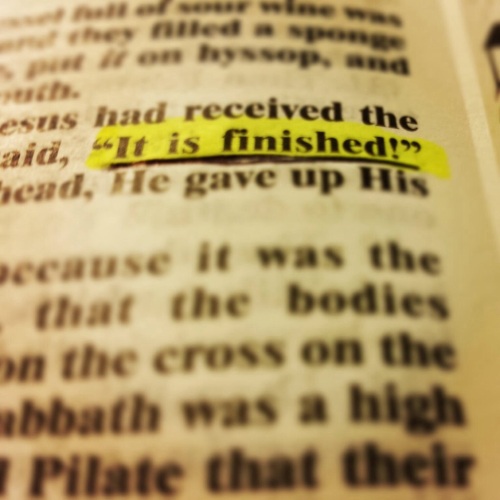 Jesus didn’t get to sleep on His final night. The mob had taken Him to Pilate after the Sanhedrin held a mock of a trial and convicted Him. Pilate was wise, but he was also a people pleaser. I learned a lot about him last year and wrote “Playing Pilate”. After He found out that Jesus was from Galilee and not being a person who wanted to condemn an innocent man, he sent Him to Herod who was over Galilee. Herod happened to be in Jerusalem at the time. Many people think of Jesus as a good man, a prophet or just a good teacher. When we don’t see Him as God’s Son, we dismiss Him so we won’t have to deal with the consequences of condemning Him.

Herod was excited to see Jesus. He had heard about the miracles and demanded to see one. He treated Jesus like a court jester or magician. Jesus only had entertainment value to him. Jesus didn’t say a word even as they mocked Him. The dressed Him as a king to make fun of Him and sent Him back to Pilate. He tried again to release Jesus finding no guilt in Him. The crowd yelled out, “Crucify Him!” Pilate decided to flog Jesus and release Him, but the crowd went nuts. They cried out for Barabbas, the worst criminal they had, to be released instead of Jesus. Pilate argued with them, but to no avail. He released Barabbas and sentenced Jesus to die. Just like the crowd traded the murderer Barabbas for Jesus, we can trade our worst sins in for the work He did on the cross.

Luke 23:26 says, “As they led Jesus away, a man named Simon, who was from Cyrene, happened to be coming in from the country side. The soldiers seized him and put the cross on him and made him carry it behind Jesus. He was taken away from his two sons and led up To the top of Golgotha along with Jesus. You and I are modern day Simons. We are to take up our cross daily and follow Jesus just as he did. We need to crucify our flesh and its desires so that we will do what God’s Spirit wants us to. That cross may lead us away from the ones we love, but we must follow Jesus wherever He leads us.

Verse 32 says that there were two thieves who were led out to be executed with Him. After nailing all three to their crosses, the crowd started scoffing and making fun of Jesus. “He saved others, let Him save Himself if He is really God’s Messiah, the Chosen One.” The soldier joined in and messed with Him. One of thieves called over to Him, “So you’re the Messiah, are you? Prove it by saving yourself – and us, too, while you’re at it!” The other criminal protested and said, “Don’t you fear God even when you have been sentenced to die? We deserve to die for our crimes.” He then looked at Jesus with repentance in his voice and said, “Remember me when you come into your Kingdom.” Which thief are you? We are all hanging on a cross. Either we have no fear of God and treat the crucifixion as ordinary or we realize our sins will cause us to miss Paradise and we ask Jesus to let us into Heaven.

At noon, the whole earth was covered in darkness for three hours. Jesus cried out, “Father, I entrust my spirit into your hands.” He then said, “It is finished!” He gave out His last breath and died. The curtain in the Temple that separated the Holy of Holies from the rest of the temple was torn in two from top to bottom. The captain of the guard at the cross knelt down and said, “This man truly was the Son of God!” After piercing His side to ensure He was dead, they released His body to Joseph of Arimathea to have it buried before the Sabbath began at sundown.

Just as the Israelites leaving Egypt were backed into a corner at the Red Sea, Jesus, who was leading us to freedom, was cornered. Things weren’t happening in either case the way the people thought. The Israelites thought they were just going to March away free with no problems and the disciples thought Jesus was going to set up an earthly kingdom. There was a barrier to freedom in both cases: the Red Sea. For Israel, He parted it so they could walk through it to freedom and closed it on their pursuer. For us, we have to walk through the Red Sea of Jesus’ blood. It will cover out sins and set us free. We just have to walk through it to get our freedom from our past. God will enclose our sins in His blood, no matter how bad they are. If you have not walked through His Red Sea, all you have to do is pray. Tell Him you recognize what He went through and that it was for your sins. You will be set free from the burdens you are carrying.