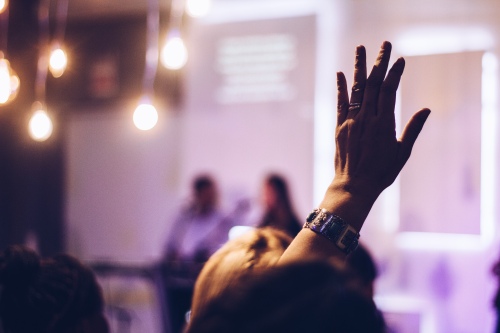 Often times, at the end of a lesson, I like to ask the group, “What were your key take aways?” What I really want to know is what they learned and what they’ll implement once they leave. As we go around the room, several people will give the same one. It’s always cool for me when that happens because there was a moment when lots of lightbulbs came on at one moment. They had an epiphany that there is something they’re not doing that’s holding them back, and they need to make a change in that area. If we never have those moments, we’ll keep on doing what we’ve been doing, and there’s little growth in that.

When you and I go through something, I often wonder if God is asking us what our key take aways are. I believe God wants each one of us to learn and grow. We should be constantly moving in the direction He’s leading us into. Along the way, there will be lessons to learn so that we can accomplish something He has for us down the road. God has great plans for each one of us, so we must be ready to learn and adjust along the way. John the Baptist said, “I must decrease, and He must increase,” to explain the change that needs to happen.

David was another person that learned lessons as he transitioned from a shepherd to a king. Before he became king, he shared some key take aways all of us can learn from in Psalm 27:14. He said, “Here’s what I’ve learned through it all: Don’t give up; don’t be impatient; be entwined as one with the Lord. Be brave and courageous, and never lose hope. Yes, keep on waiting—for he will never disappoint you!” (TPT) Because He was able to learn these things and implement them into His life, God was able to exalt him to king. Imagine what God can do in your life if you’re willing to learn what He’s teaching you right now.