Tag Archives: praise before the battle

Praise In The Valley 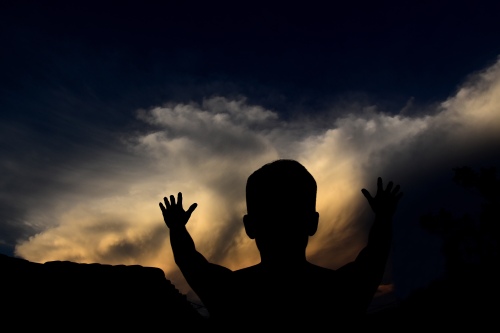 In 2 Chronicles 20, several armies joined together to attack Judah (lower Israel in the divided kingdom). King Jehoshaphat was terrified and not sure what to do when he heard the news. He immediately sent out word to all the towns to send people to Jerusalem to fast and pray. While they were assembled, he prayed aloud for everyone to hear. In verse 12, he prayed something that is key for all of us to pray in such situations. He said, “We do not know what to do, but we look to you for help” (GNT).

Then, the Spirit of the Lord came on a Levite named Jahaziel. He spoke several things to them, but the part I want to focus on comes from verse 15. He said, “The Lord says you must not be discouraged or be afraid… The battle depends on God, not on you.” That should offer relief to you and I. The battles we are facing don’t depend on our ability, but God’s. We don’t have to be afraid of what we are facing because our God is bigger and more powerful.

The Israelites had to show up to the battle in order to win it according to the prophesy. The same is true for us. To calm his men down, King Jehoshaphat told them, “Put your trust in the Lord your God, and you will stand your ground. Believe what His prophets tell you, and you will succeed.” Faith is more than just showing up for the battle. It’s trusting what God says despite what you see. If we want success, we have to trust His report more than what our eyes and others tell us.

What happened next is incredible and also a great lesson for us. The king ordered that they praise the Lord for the victory before the battle! When they began to praise, it threw the enemy into a panic and they defeated themselves. They renamed the valley “Baracah” which means the valley of praise. Praise is one of our most powerful weapons. We need to use it before our battles because God dwells in the praises of His people. God can turn your valley of fear and desperation to a valley of praise if you will look to Him, depend on His ability, show up for the battle, and praise Him.

Photo by Lukas Bornhauser on Unsplash

Tagged as Devotional, devotional on, difficult times, don't give up, give god praise, god dwells in the praises of his people, god fights for us, hard times, it may look like I’m surrounded, look through god’s eyes, praise, praise and worship, praise before the battle, praise brings victory, this is how I fight my battles, trusting God