Tag Archives: what if i stumble 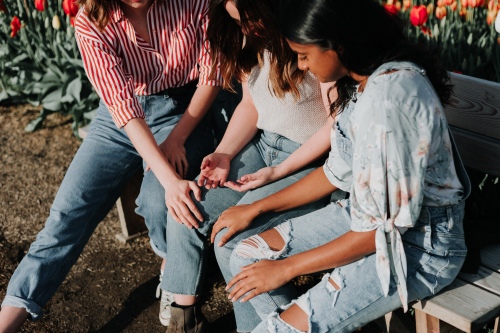 In the fall of 1995, I was living in Egypt. My family had sent me a care package with goodies from home. I got some Dr Peppers, VHS tapes of my favorite TV shows, a tape recording of my favorite radio station and a stack of CD’s from the local Christian bookstore. As I shifted through the CD’s, one in particular caught my attention, “Jesus Freak” by DC Talk. It had been a few years since they released an album, so I was excited. I immediately put it in and hit play. When it got to song 4, I heard the words of Brennan Manning for the first time as “What If I Stumble?” began to play. The quote said, “The greatest single cause of atheism in the world today is Christians: who acknowledge Jesus with their lips, walk out the door and deny Him by their lifestyle. That is what an unbelieving world simply finds unbelievable.” It shook me to say the least.

I had been raised in a church with a pastor whose slogan for the church was, “Christianity isn’t a religion…it’s a lifestyle Jesus commanded us to live.” I had been disciples to live that lifestyle, but for some reason when I heard the words on that CD, it hit me that I wasn’t supposed to live like a Christian just for Jesus. There is a world of people all around me who don’t know Jesus and are basing their opinion of Him based on how they see me live and act. My faith couldn’t be just something that I talked about. I didn’t want anyone to turn away from the cross based on the things I did, so I determined to live a life that would point people to Him rather than to push them further into unbelief.

Colossians 4:5 says, “Walk in the wisdom of God as you live before the unbelievers, and make it your duty to make him known” (TPT). As we mature in Christ, our lives begin to change as we are made new from the inside out. The way we think, behave and speak begin to change the more we become like Him. Each of us have to come to a point though where we choose to undergo that chrysalis so that our lives on the outside reflect what we believe on the inside. We will never arrive at living for Him perfectly, so perfection is not the goal. Getting a little bit more like Jesus every day is. We still have to contend with our flesh and we will still stumble, but as we mature, we learn to rely on His grace more. Our lives become living examples of the freedom and change God brings and that’s what will help an unbelieving world find attractive.

Tagged as bible study, Christian lifestyle, christian living, Christianity, Devotional, devotional on, grace, living like christ, maturing in Christ, that is what an unbelieving world finds unbelievable, the single greatest cause of atheism, what does the bible say about, what if i stumble

Brennan Manning, author of “The Ragamuffin Gospel” said, “The single greatest cause of atheism in the world today is Christians, who acknowledge Jesus with their lips, then walk out the door, and deny Him with their lifestyle. That is what an unbelieving world simply finds unbelievable.” I’m reminded of this saying all too often as I see pictures and posts on social media from “Christians”. The life they show the world through the lens of social media shows no difference between how they live and nonbelievers live.

John the Beloved said the same thing this way in I John 2:4-6: “If someone claims, ‘I know Him (Jesus) well!’ But doesn’t keep His commandments, he’s obviously a liar. His life doesn’t match his words… Anyone who claims to be intimate with God ought to live the same kind of life Jesus lived. (MSG)” He saw the same thing then that we see now. There are too many people who claim to know God, but don’t live a life that shows it. Their lives lack love for others and a commitment to living a holy life and that’s what turns off the ones we are to be reaching.

What John and Brennan are both saying is that there’s a difference in slipping up every now and then and living a lifestyle that contradicts what you say you believe. There’s not a single person in the world today capable of living a life without sin, but every one of us are capable of living a lifestyle that Jesus lived. Psychologists will tell you that you act in accordance with what you believe. That’s why we have the saying, “Actions speak louder than words.” If your life doesn’t reflect how Jesus lived, then you have to wonder what your actions are telling not only others, but God.

I know I quote it often, but Romans 12:2 is huge for us as believers. It says, “Don’t copy the behavior and customs of this world, but let God transform you into a new person by changing the way you think. (NLT)” Paul is telling us that our behavior should be different when we know God. Our lifestyle should be transformed into one that reflects how Jesus lived. It starts with changing how we think. God knows that there can be no change in how we love until He changes how we think. Our hearts and minds have to be given over to him or we end up like the person Paul describes in Romans 7. We say we want to live a godly life, but we can’t do it.

I received an old challenge this week and I’m going to pass it on to you. If you were put on trial for being a Christian, would there be enough evidence to convict you? A lawyer would go to your social media feed, he would look at how you lived your life to present evidence. Would it just show that you talk a good game or would it show that your life actually reflects what you say you believe? We aren’t called just to believe in God though. We are called to live like Him. When we do that, the unbelieving world will want to know what we believe.

Tagged as daily devotion, Devotion, holy life, holy living, if you were put on trial for being a christian, live a life of love, living a christian lifestyle, the single greatest cause of atheism in the world today, transformed by god, what if i stumble