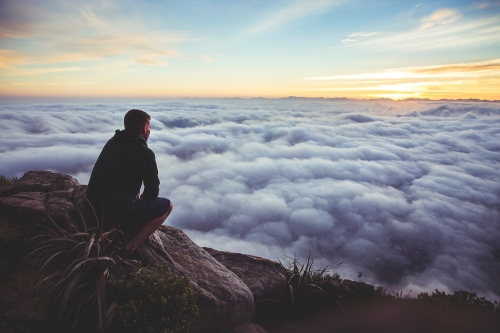 Several years ago, I attended a conference of authors for authors. One of them spoke on the importance of turning in your work by the deadline. In fact, he spoke of how he tries to beat the deadline by as much as he can. His reasoning was that the longer the editors have his work, the better it will be. Plus, he thought of it as the gift of time to them. He wanted to give them time to do their work instead of making them rush when he turns everything in at the last minute.

Sometimes I wish God had that philosophy! In all my years of praying and needing something from God, it’s never been early. I’ve been sweating it out, praying so hard that I can’t sleep and God showed up just in the nick of time with the answer. I’ve figured out He doesn’t work on my timetable. Many times I felt like He was late in answering my prayers, but it turned out that it was right on time.

There have been times where I’ve prayed for Him to respond because I thought it was critical, but He didn’t. In those moments, I felt crushed, defeated and disappointed. Looking back on those moments, I can see why God didn’t answer. There was something better waiting that I couldn’t see. Though I felt crushed in the moment, overall, God has proved that He will do what is right for my life and just barely beat the deadline.

Micah 7:7 shares my sentiments and confidence in God to do the right thing in my life. It says, “As for me, I look to the Lord for help. I wait confidently for God to save me, and my God will certainly hear me” (NLT). Even though I have many seemingly critical prayers that have gone unanswered, I still look to God for help when I need it. I’ve learned to confidently wait for Him to meet a His deadline, not mine, and I know He hears me when I pray.

Photo by Joshua Earle on Unsplash

Tagged as bible study, christian living, Devotional, devotional on, god is always right on time, unanswered prayers, what does the bible say about, when god doesnt answer, when god is late 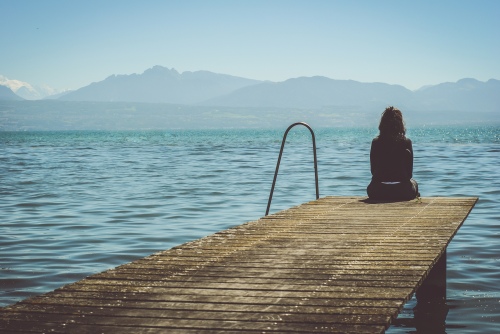 If you have lived very long, you’ve been through some diffuse times. Maybe you’ve cried out, “God where are you in all this? Why don’t you show up and intervene? Have you forgotten me? Why can’t you hear me? I need your help desperately and you’re not answering!” I know I’ve used those words in my prayers before. It seems sometimes that when we need God the most, He is quiet. When we pray those desperate prayers and it appears to fall on deaf ears, it hurts worse. Your mind may even start to wonder what you’ve done wrong because it feels like God has left you when you’ve needed Him most.

I don’t know why we go through these times, but I do know that you’re not the only one who has gone through them or felt that way. In Psalm 77, Asaph, who was King David’s chief musician, went through times like that and recorded his prayers. Can you hear the desperation in verses 7-9? “Would you really walk off and leave me forever, my Lord God? Won’t you show me your kind favor, delighting in me again? Has your well of sweet mercy dried up? Will your promises never come true? Have you somehow forgotten to show me love? Are you so angry that you’ve closed your heart of compassion toward me?” (TPT)

First of all, it’s normal to feel those feelings and to ask those questions, but don’t stay in that place. If you do, those feelings can allow bitterness in and it can drive you away from God. Instead, do what Asaph did and remember the character of who God is. Verses 11-12 say, “Once again I’ll go over what GOD has done, lay out on the table the ancient wonders; I’ll ponder all the things you’ve accomplished, and give a long, loving look at your acts” (MSG). When you quit focusing on why God isn’t intervening and remember His character, you flip the table and your faith grows. You get the strength to begin doing what you need to be doing in your situation while you wait for God to show up and do His part.

Photo by Paola Chaaya on Unsplash

I’m taking a sabbatical from writing this week. To help you stay on track with your daily devotions, I’m selecting and reposting some I’ve written that you may have missed.

Garth Brooks sang a song called “Unanswered Prayers” in the 90’s. In it he tells the story of how he and his wife ran into his high school flame. He remembered how he had prayed every night that God would make her his. He promised he’d never ask God for anything again if He would just answer this one prayer. As they talked he realized they were very different people. When he walked away, he thanked God for his wife because God knew what He was doing after all. He then finishes the song with, “Some of God’s greatest gift are unanswered prayers.”

I don’t know about you, but I find myself asking God for a lot. I have a specific time of prayer dedicated to just asking God for things I need, my family needs or that my friends need. A lot of times they go unanswered, they are delayed or answered in a way that I wasn’t even praying for. I’ve had some of my most passionate prayers feel like they were falling on deaf ears. I’ve felt like my tears were for nothing. I’ve even been mad at God for not answering my prayers the way I thought they should have been answered. Thankfully, God is patient with me.

We don’t have the ability to see the cycle, but God does. He knows just what we need. James 1:17 says that every good and perfect gift comes from the Father. He wants to give us good things, but we don’t always ask for those things. James 4:3 says, “And when you ask you don’t get it because your motives are all wrong – you want only what will give you pleasure.” When I think of the prayers that aren’t answered, I try to go back and look at my motives. I try to think of why I wanted that so badly. Then I look at what a God did instead and I see that all along, He knew what He was doing.

You may be struggling with unanswered prayers right now. I’m not saying your motives are wrong or that you’re asking for your own pleasure. I’m saying that you should trust God to answer them His way. Say what Jesus said on His prayer, “Not my will be done, but yours.” Give God the freedom to answer your prayers the way He sees fit. He’s going to do it His way anyway. Giving Him the freedom helps you to accept it and helps to give you perspective. Who knows? Garth may be right. Some of God’s greatest gifts just may be unanswered prayers.

One of the things I’ve had to learn to be ok with is silence. At work, when I ask a question, there is often a moment of silence before someone answers. I usually count to 10 in my head before rephrasing the question. Silence either means they’re thinking or I asked in such a manner that no one is clear. Those moments when there isn’t a response are tough. The silence is deafening. It’s as if you can hear each heartbeat pounding in my chest echoing throughout the room. It can be uncomfortable too. That’s why so many people break the silence in rooms.

Sometimes when I pray, God is silent. I ask God a question and all I hear are crickets. That always scares me. I wonder if I have hidden sin or maybe too many distractions in my mind. I wait, but no reply. I wonder if I asked it the wrong way so I’ll try a different way. Still no answer. I’m learning that it’s ok when He doesn’t respond. Being in His presence is enough. He doesn’t have to give an answer to all of my questions. Just because He doesn’t respond, it doesn’t mean He isn’t there.

There are so many times when I desperately need an answer. I cry out to Him, beg for Him to hear me and wait for a response. As time goes by, I become more desperate in my cries for help. I doubt that He hears me or is even with me. It’s like the time in Mark 4:35-41 when the disciples were trying to cross the Sea of Galilee and a storm came up. The disciples cried out for Jesus to help them. They were greeted with silence from Him. Wasn’t He on board? Wasn’t it His idea to cross the sea at that time? Didn’t He care that they were about to die? Didn’t He hear their desperate pleas? Yet all they got in return was silence.

The storm raged on. The waves got higher. The wind became more fierce. Their cries for help grew louder, but Jesus was there with them. He was sleeping in the stern of the ship. His presence should have been enough to give peace in the storm, but they couldn’t find peace in the silence. They went down into the ship and woke Him up. They asked Him, “Don’t you care that we’re going to drown?” We think the same thing when we’re greeted with silence. We think God doesn’t care. In reality, He does. He expects us to trust His presence in storms even when He’s silent.

When Jesus got to the deck of the boat, what was the first word He used? He said, “Silence! Be still!” Jesus called for silence. He wanted it from the wind, the waves and the disciples. He asked them a couple of rhetorical questions. “Why are you afraid? Do you still have no faith?” I think He asks us the same questions when we panic at his silence in our storms. I think He wants us to trust in His presence as much as His word. We shouldn’t be afraid of the silence. We shouldn’t let doubt creep in when we don’t hear from Him. His presence speaks volumes. His presence is enough to protect us. His presence is enough to meet our needs. We just have to have more faith in Him.