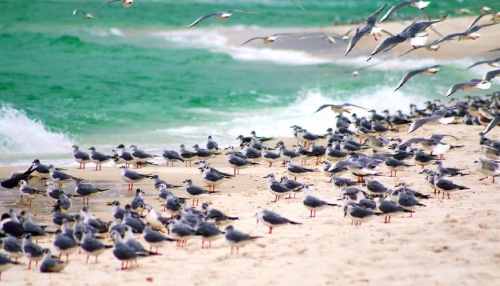 Have you ever felt like you were meant for more than you’re doing right now? Does it feel like God has been ignoring you or isn’t keeping His promise to you? It’s hard to wait for God to put you where He promised to place you. It’s even more difficult to feel stuck in the mundane when you know there’s more to what God has promised to do in your life. So what do you do? Will you give up on your calling? Will you try to force your way into it by making things happen yourself? Or will you wait patiently?

When I think of trying to force my way into my calling, I think of Abraham. God had called him to be the father of many nations with descendants as numerous as the stars. After 25 years, he gave up and decided that he would fulfill it himself. He took his wife’s maid and got her pregnant. God revisited him to remind him the promise was going to come through his wife. Because he rushed things, he created an Achilles Heel for his descendants that remains to this day.

When I think of waiting patiently, I think of David. God called him to be king while he was tending sheep. David understood that he wasn’t ready to fulfill his calling even though he had been called. He looked at where he was and saw that God could use his current situation to help him be better at his calling. Even though the fulfillment of his calling was many years later, he stayed faithful where he was until the right time came.

Each of us have one of these three choices in our lives. I personally believe God is getting us ready for our calling in the mundane. Psalm 78:70-72 says, “He chose his servant David; he took him from the pastures, where he looked after his flocks, and he made him king of Israel, the shepherd of the people of God. David took care of them with unselfish devotion and led them with skill” (GNT). The skills David learned while watching sheep gave him the skill to be the best at his calling. What skills are you learning now that will help to fulfill yours? The right choice is to wait patiently for God to move. Just keep tending sheep in the mean time.