The First Step To Success 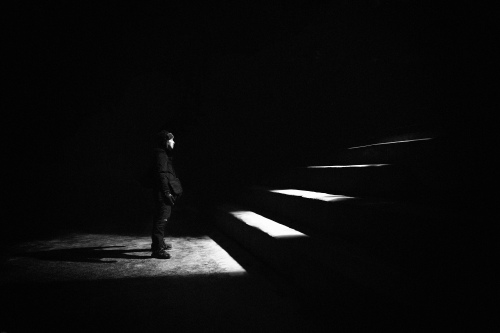 When you think of anything you’ve accomplished in life that you’re proud of, you like to tell people about it. When you tell those stories, you start off with the humble beginnings, the adversity you went through and the determination to make it happen. It not only makes for a great story, but just about anything we accomplish in life follows that pattern. People relate to it because either they’re in the beginning stages of something they hope will be successful or they’re facing adversity too. Telling the story gives hope to their dream.

You’ve probably heard the Lao Tzu quote, “The journey of a thousand miles begins with one step.” Sometimes we look at the thousand miles and never take that first step. For those who take that step, it usually seems insignificant to them, but that journey would never happen unless they took it. So many things in life that we do seem insignificant at the time, but when we look back, we realize how critical they were.

In Zechariah 4, the Lord was giving a vision to Zechariah of the rebuilding of the temple. In verse 10, an angel said, “Do not despise these small beginnings, for the Lord rejoices to see the work begin” (NLT). If you’ve ever been to Jerusalem or studied the temple, you know just how big the temple was. To rebuild it was a huge undertaking. Just laying the foundation was a big deal. It was a small beginning, but God rejoiced when we they started the work.

God gets excited when you and I begin doing something with what He’s placed in our hearts to do. It can seem like a thousand mile journey, and it probably is, but that first seemingly insignificant step is a milestone that excites God. So many of us never start the work that God plants in our hearts because it seems too daunting or the beginnings seem too small. Don’t let fear or the thought that small things are insignificant keep you from starting. God rejoices in the little things because He has the ability to multiply them. Take your next step today, no matter how insignificant it may feel, and begin to move into the life God has for you.

Photo by yang miao on Unsplash

Tagged as christian living, Christianity, Devotional, devotional on, encouragement, fulfilling your destiny, getting started, small beginnings, step of faith, stepping into your calling, stepping into your purpose, the journey of a thousand miles, what does the bible say about

4 responses to “The First Step To Success”