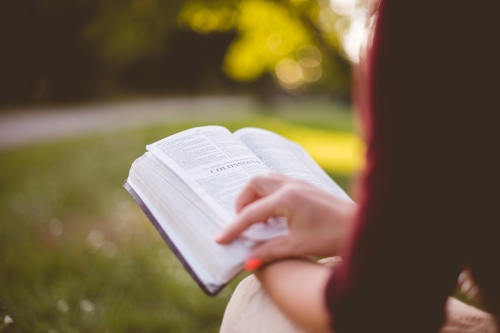 I was in court once fighting a traffic ticket, and i was somewhere way down on the docket. I watched other people get up and pleaded their case. One guy ran a red light because he didn’t see it was red. The judge told him that he was guilty because he was following too closely behind a taller vehicle. Another person was fighting theirs and when confronted with the law they broke, they insisted they were innocent because they didn’t know that was a law. The judge got everyone’s attention in the court room and said, “I want all of you to hear this because i don’t want to have to repeat it all day. Ignorance of the law doesn’t make you innocent when you break it.”

I’ve always remembered those words, and haven’t been back to fight a traffic ticket since. I learned a lot that day about driving and the law. There’s not been a time since when I was driving behind an 18 wheeler through town, that I haven’t remembered to slow down so I could see the light. Once we are knowledgeable about laws (God’s and man’s) it should change how we live. We are no longer ignorant of how we should live or of what is right or wrong. To continue living and doing things, knowing the law, is to be willfully breaking it. James 4:17 clearly calls that sin.

Just like that judge ruled that day, God will do the same in Heaven. Our ignorance will not be an excuse. I love how Psalm 86:11 says, “Teach me more about you, how you work and how you move, so that I can walk onward in your truth until everything within me brings honor to your name” (TPT). Our desire, and prayer, should be to know God more and more so that we are no longer ignorant of His ways and laws so that we can live the way He wants us to. He’s given us the Bible to teach us the right way to live, but He’s also invited us into a personal relationship with Him so we can know His heart. God is willing to let you know more about Himself if you’re willing to take the time to know Him more.

Photo by Ben White on Unsplash

3 responses to “No Longer Ignorant”