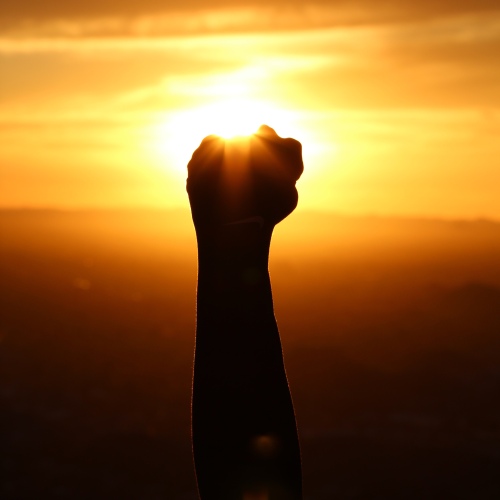 One of the traps that I fall into is thinking that if I’m doing what God asked me to, I won’t find resistance from others. I mean if I’m doing God’s will, others, especially Christians should be on board, right? Not necessarily. The things that God calls us to do are often for us alone to do. Other people won’t necessarily see or run with the vision God has given you, and that’s ok. It doesn’t mean you didn’t hear God, or that they’re not. The enemy doesn’t want you to be productive for the Kingdom, nor does he want you to complete the work God has given you to do. He will use whoever and whatever he can to slow you down, discourage you and wear you down so that you lose your zeal, doubt your calling and give up.

Even though God had burdened Nehemiah with rebuilding the walls of Jerusalem, and other people had caught on to that vision, it didn’t mean it was going to be easy. The people were joyful and started off strong, but then resistance came. People began to hurl insults at them to keep them from their work. Day in and day out they were verbally attacked. The verbal attacks turned into threats and plots against them to stop the work. They took their eyes off the goal and began to look at the enormity of the project, the size of the mess and lost their joy realizing it wasn’t in their strength to complete it. Nehemiah 4:10 says, “The people of Judah had a song they sang: ‘We grow weak carrying burdens; There’s so much rubble to take away. How can we build the wall today?’” (GNT) They became weary and discouraged like we do.

Galatians 6:9 says, “So let us not become tired of doing good; for if we do not give up, the time will come when we will reap the harvest.” If you’re getting discouraged because of the grind or the attacks from others in doing what God has called you to, pick your head up and look to the One who called you to it. Keep your focus on the end goal and not on the size of today’s problems. God will strengthen you and give you wisdom in how to handle today’s issues of you ask Him to. Pray for people who will run along side of you, who will catch the vision and who will share the load. Remember how big your God is. He is able to make a way where there seems to be no way. Keep pressing forward with the end in mind and you will reap a harvest for the work you’re doing.

Photo by Richard Felix on Unsplash

Tagged as bible study, calling, Devotional, devotional on, do not grow weary, doing what god called you to, dont quit, ministry, Nehemiah, refocus, renewing your strength, resistance, what does the bible say about, why are people against me, work with purpose

One response to “Renewing Your Focus”