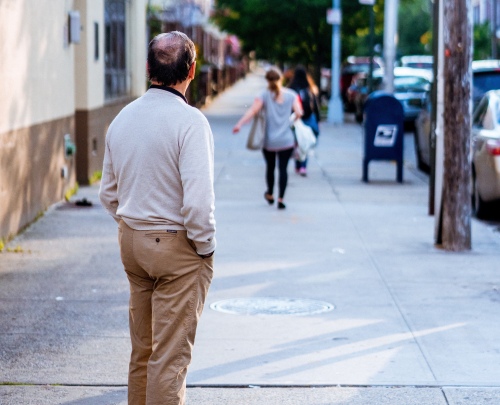 I once heard someone say, “Everyone is a blessing. Some when they come into your life and others when they leave.” I also saw a meme that said, “I love my coworkers. Some I love to be around and some I love to avoid.” Right now you probably have some people in mind who you’d like to avoid and others whom you wish would be a blessing and exit your life. It’s only human to have conflict with some people. You’re not evil for having those thoughts.

In Acts 15:37-41, we read how the great apostle Paul and his ministry partner Barnabas had a heated argument and disagreement. It says they parted ways, the believers prayed blessings on both of them and that every place they went, they left the church stronger and more encouraged than before. This split came after the Holy Spirit had said in Acts 13:2 to set apart Paul and Barnabas to do the work of the ministry together. God put them together for a season and then blessed their parting.

Here’s the deal. Ephesians 5:20 says, “Always give thanks to Father God for every person he brings into your life in the name of our Lord Jesus Christ” (TPT). God has a reason for each person He brings into your life, whether you like them or not. Instead of praying for them to leave your life, try thanking God for them and asking Him to accomplish in your life what He needs to through that relationship. It’s no accident you’re together for this season. A time of departure may be on the horizon, but if God is going to bless both of you after, you’ve got to learn to be thankful for them first.

Photo by jurien huggins on Unsplash 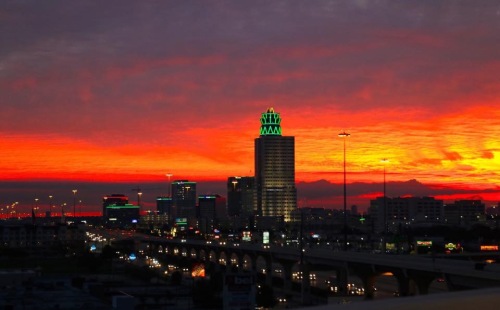 Have you ever been in a dead end relationship? The kind where you know it’s going no where, but don’t know what to do. You can choose to keep going, but sooner or later, you know you’re going to find an abrupt halt because you’re getting nothing out of the relationship. All it does is take from you emotionally and drains you physically until you feel trapped in it. You feel like you can’t breathe the longer it goes on because it’s strangling you. That’s what continuing in a life of sin is like.

It might be fun for a while, but ultimately, it’s a dead end. Paul described it this way in Romans 6:20-22, “As long as you did what you felt like doing, ignoring God, you didn’t have to bother with right thinking or right living, or right anything for that matter. But do you call that a free life? What did you get out of it? Nothing you’re proud of now. Where did it get you? A dead end” (MSG). The longer you live opposed to God’s way, the less fulfilled you become. You begin to feel trapped much like a dead end relationship.

The way out of a dead end relationship is to break off all ties. The same thing is true for ending your relationship with a life that is opposed to God’s way. You have to cut off the ties that would lead you back to that life. You have to embrace the freedom that God gives. The funny thing is that living for God is painted as a list of don’t’s that will keep you from really living. It’s the opposite that’s true. You will never know what true freedom is until you surrender your will to God’s and give up the sin you’ve been holding on to.

Living the way you want ends in spiritual death, but living the way God wants you to live ends up with spiritual life. Romans 6:23 says, “Work hard for sin your whole life and your pension is death. But God’s gift is real life, eternal life, delivered by Jesus, our Master.” If you’re looking to have your life healed and put back together, break ties with sin, and submit to God. Live for Him and you’ll find the relationship you’ve been looking for that has no end.

When is the last time you looked back over your life to see the people God placed in it at just the right time? I’ve been reflecting this week on my entire life as an exercise in faith. I spent time looking back thinking about the people who have mentored me in the faith. I’ve also spent some time thinking about the people who were brought into my life for a brief period and then were gone again. As I’ve done this exercise, I have been able to see God’s hand on the relationships He’s brought to me. It has also built my faith in trusting Him with the relationships He has given me right now.

Sometimes we don’t understand why God has brought certain people into our lives. Some rub us the wrong way. Some push us out of our comfort zone. Some challenge everything we say. Some make us want to run away. As I’ve mentioned those, you’ve probably put some names to those people in your life right now. We all have people in our lives that we are grateful for. At the same time, we also have people in our lives where we wonder what God is thinking! We’d rather that they not be in our lives. In looking back, I’ve found that those people shaped me as well. The ones who rubbed me the wrong way actually acted like sand paper and smoothed out some of my rough edges.

When I look at the story of Joseph in Genesis 37, I see the relationships God put in his life. The first relationships you see are with his dad and brothers. His dad loved him, but his brothers didn’t. When his brothers sold him to the Ishmaelites, God put Potiphar in his life. Potiphar was the captain of the palace guard for Pharaoh. When Joseph did well for him, he made him his personal assistant. Joseph got to see the inner working of Egypt. He got to see how to act in the presence of a king. He learned how to be an effective administrator which he would need later.

After being wrongfully put in prison, Joseph used the skills he learned from Potiphar to run the prison. He leveraged the relationship with the guards and eventually the warden to be put in such a position that he was over all the other prisoners. It was then that he met two prisoners who worked in the Pharaoh’s court. He was able to interpret their dreams putting him in direct relationship with someone who had Pharaoh’s ear. When Pharaoh had a dream no one could interpret, the released prisoner mentioned Joseph. He was then able to be put in a position to save his father and brothers.

You may not understand the relationships you have right now, but God is using them to get you where He needs you. Joseph could have sulked that he was a slave or a prisoner and spent his life being bitter. Instead, he took bad situations and forged relationships he wouldn’t have made any other way. He looked for opportunity instead of excuses. He built relationships instead of resentment. Looking back it’s easy to see what God was doing. I’m sure Joseph didn’t understand why he had those relationships at the time. He accepted the people that God placed in his life, learned from them and moved on.

Who is God trying to use in your life right now?
Have you been building resentment toward them or relationships them?
What do you need to do to learn from each relationship?