How To Fight Impossible Battles 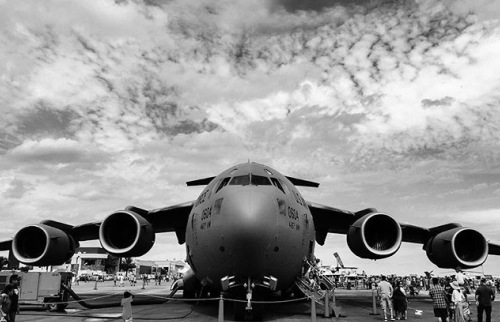 In II Chronicles 20, a huge army invaded southern Israel. The king and all the people were terrified because they defeated several strongholds easily. He begged God for help and asked others to pray with him. It sounds a lot like any one of us when we are facing something that seems impossible to beat. Fear is our first response, then we beg God for help. I believe what follows in this story is something we can all learn from in these moments in life.

The first thing that happened was King Jehoshaphat got like minded people together, fasted and prayed. We are not to fight these battles alone. Fear’s goal is to intimidate you and to push you into seclusion. Don’t let it! There is strength in numbers and in fasting. Get a group of people around you who can fight on their knees and touch God for you. This first step is critical if you’re going to win an impossible battle.

In verses 15-17, God answered those praying. The Word of the Lord came back saying, “Do not be afraid! Don’t be discouraged by this mighty army, for the battle is not yours, but God’s” (NLT). Things only seem impossible when God is not in the equation. The battles we face are not our own, but they are God’s. We don’t have to be afraid or discouraged at the sheer impossibility of anything that comes our way because God goes before us.

As the army of Israel approached the battlefield, Jehoshaphat spoke in verse 20 and reminded them, “Believe in the Lord your God, and you will be able to stand firm. Believe in His prophets and you will succeed.” Faith will help us to stand firm when standing is all we can do. We can trust in God, and in His Word, to get the courage to keep standing in the face of impossibilities. Sometimes we have to remind ourselves to continue to trust God and His Word so we can see the victory.

Finally, the king appointed singers to praise God and he sent them out in front. At the very moment they began to sing, the Lord gave victory. We need to be able to praise God in advance of victory. We need to honor Him when all else seems to be going wrong. Praise is powerful. It activates our faith and moves our God. If you can’t find it in you to praise, play praise music until you do. Victory is dependent on God, not us. We can praise Him for that. Our impossible battles are no match for a God who says all things are possible.

I was recently asked the question, “Do you believe what you see or do you see what you believe?” I know you may have to read that again to catch it. It took me a minute. When I see a wall, I believe what I see so I don’t walk into it. It’s usually strong enough that I can’t walk through it. When I see an impossible situation, I have to be careful not to use my physical eyes to look at it because it’s actually spiritual. When the doctors say it’s a 99% chance that something is cancerous, I use my spiritual eyes to see what I believe. They just gave God one percent to work with. I’ve seen Him do more with less.

Each of us have a choice in how we see things. We can choose to look at physical situations like that and believe what we see or we can see what we believe. I have to constantly check myself and ask God, “Am I looking at this situation through the right eyes? How do you see this?” I want to make sure I’m on God’s side and that I see what He does. I want to make sure that if there is a chance for Him to act, I give it to Him. The last thing I want to do is act on what I see because I believe it. Does God believe it?

In Joshua 9, the Israelites were going through the Promised Land and fighting against every city. They were moving in and kicking the others out as God commanded. God spoke to Joshua and gave him battle strategies. Joshua would consult Him for everything. When the other army out numbered him, he chose to see what he believed and it led to victory each time. The people of nearby Gibeon heard what the Israelites were doing and wanted to make peace in order to live. They knew that the Israelites were not making treaties with anyone so they decided to trick them.

They sent a convoy of people with stale bread, old wine and worn out clothes. They asked for peace and the Israelites asked, “How do we know you aren’t from around here?” They pointed to the bread, wine and clothes and said they were all fresh and new when they left. Verse 14 says, “The men of Israel looked them over and accepted the evidence. But they didn’t ask God about it.” They looked with their physical eyes and believed what they saw. Had they asked God, they would have seen what it really was. They would have seen what they believed and acted accordingly.

What situation are you faced with today? What eyes have you been looking at it with? I want to encourage you to pray and ask God to open your spiritual eyes to see it as He does. Ask Him to help you see what you believe rather than to believe what you see. There is no situation that is impossible for God. There’s nothing you are going to face today that He can’t make a way out of. There’s no report that can be given to you that He can’t refute or change. It’s all in how you choose to see it. So I now ask you, “Do you believe what you see or do you see what you believe?”

Tagged as bad report, bible, cancer, Christianity, daily devotional, Devotion, faith, God, help, how do i trust god in the impossible, i need god to help me, impossible situation, Jesus, see what you believe, seeing is believing, trust god, walk by faith not by sight, wheres the open door

Who’s Report Are You Believing?

I’ve got the story of Jarious on my mind this morning. In Mark 5, his daughter was sick so he went to get Jesus. After telling Jesus about his daughter, a woman touched the hem of Jesus’ garment for her healing. Jesus stopped and asked who had touched Him. While Jesus was speaking to the lady, a servant came up and said, “Your daughter is dead. Don’t bother the teacher anymore.” I’m sure Jarius felt like he was too late. All the what if’s started to pop into his mind.

It can happen to any of us. We have a urgent need that requires Jesus’ attention, but we delay in bringing it to Him. Or we take it to Him and He is delayed in responding to our request. Either way, when we take our needs to Jesus, He is able to help and to heal. In this case, the worst possible thing happened. I wonder if Jarius started to blame the woman with the issue of blood. Did he blame Jesus for not moving quickly enough to heal his daughter?

How do we respond when the worst possible thing happens? Do we turn and walk away? Do we stay with Jesus and ask for Him to intervene anyway? Do we listen to the reports of others? In sales, I’ve heard it said, “Never take a no from someone who can’t give you a yes.” In faith I say, “Never believe the report of someone who doesn’t have the power to change it.” Jarius didn’t. He stayed with the One who had the power to change the report.

In verse 36 of the New Century Version it says, “Jesus paid no attention to what they said. He told the synagogue leader, ‘Don’t be afraid. Just believe.'” Jesus had the power to change the report so He paid no attention to it. I’m sure Jarius was starting to believe it so Jesus spoke to him about his faith. He then took 3 disciples with Him to the house. When he arrived, there were people crying and wailing over the child. Jesus spoke to them with confidence that the girl wasn’t dead. They didn’t believe His report so He threw them out of the house.

Jesus then took those who believed His report over the report of others into the girl’s room. Jesus took the girl by the hand and told her to get up. She opened her eyes and stood up. Those that believed His report got to witness the miracle. Those who didn’t were not given the opportunity to see. Jesus is the one who has the power to change the report that has been given to you today. He’s the one who speaks peace after a bad report is given. He says, “Don’t be afraid. Just believe.”

What report have you been given? Are you believing in the one who doesn’t have the power to change it? Or are you believing in the One who does? It’s our faith that causes us to stay with Jesus after a bad report is given to us. It’s the enemy who says, “Don’t bother Him anymore. There’s nothing He can do.” As Joshua said, “Choose you this day whom you will serve (believe). As for me and my house, we will serve (believe) The Lord.”