Water always takes the path of least resistance. It flows to the lowest point following that path being twisted and turned by whatever is in that path. There are a lot of people who live their lives that way. Their lives are out of control and filled with chaos usually. You and I were not called to live that way though. We must let God direct our lives where we choose to go where He leads. It takes more effort than the path of least resistance because it is purpose driven. If you find yourself meandering in life, ask God to direct your path, and then let it flow where He leads.

Here are some Bible verses on letting God direct your life.

1. May the Lord direct your hearts into the love of God and into the steadfastness and patience of Christ.

2. If the Spirit is the source of our life, we must also allow the Spirit to direct every aspect of our lives.

4. The steps of a [good and righteous] man are directed and established by the Lord, And He delights in his way [and blesses his path].

5. What I say is this: let the Spirit direct your lives, and you will not satisfy the desires of the human nature.

Tagged as bible study on, bible verses on, choosing to follow God’s plan, Devotional, devotional on, following gods path, following where god leads, God directs our lives, God gives us directions, god orders our steps, letting god lead, the steps of a righteous man, what does the bible say about

When I was around 18 years old, a young man came into our church on a Sunday night and sat on the back row. I was bothered that no one went up to him. After service, I made my way to him and introduced myself. He was looking for a church with people his age. We became fast friends and were nearly inseparable. A few years later, I ended up saving his life. Our friendship grew to the point he had me over one Thanksgiving. At that lunch, I got to know his cousin who became my wife. Both of our lives were changed that night when I made the decision to go say hello.

In 1 Samuel 25, David heard a man named Nabal was sheering his sheep. Knowing he would be celebrating with a feast, David sent some men to greet him and to remind him that he and his small army had been protecting his shepherds and flocks. Nabal returned the favor by insulting David and his men, sending them away with nothing. David decided to kill him and was on his way when Nabal’s wife Abigail rushed to meet him with food. They’re encounter saved her husband’s life and kept David from having blood on his hands when he would become king. In verse 32, David said to her, “Praise the Lord, the God of Israel, who sent you today to meet me!” (GNT) She later became his wife and trusted advisor.

I believe God gives us opportunities for divine encounters that can change the course of our lives. It’s something I often pray for. We never know what direction our lives will take when we step out in faith following the prompting of the Holy Spirit. We have opportunities each day to be a blessing to someone else changing their trajectory. We also have opportunities to meet people who will help us get to where we’re being led. I never want to miss those divine encounters, so I’m constantly on the look for them. Make sure you take time today to ask God to order your steps and to lead you into the path of a divine encounter where you can mutually benefit the people God brings into your life.

Photo by Chris Liverani on Unsplash

Tagged as be a blessing, bible study on, bible verses on, chance encounters, christian living, crossing paths, David and Abigail, Devotional, devotional on, divine meetings, god orders our steps, listening to the Holy Spirit, meeting people, what does the bible say about 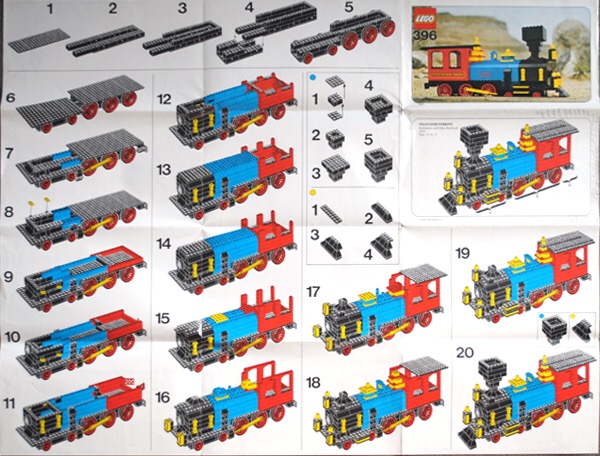 I was visiting a friend recently who was working on a LEGO project with his kids. They had hundreds of LEGO pieces neatly arranged on their table and a step by step guide. I watched as they looked at each step, found the pieces, decided where they went, put them on there and moved on to the next step. Each step took a while because you had to find the right pieces in the right color and then look at a cartoon drawing of where they went to help them place them.

After watching them build for about twenty minutes, I began to get curious. What were they building? I couldn’t tell from where they were in the project. They showed me the picture on the box so I could see the final outcome. I looked at it and where they were and quickly realized this was going to take days to build. It was not your average LEGO building project. It was going to take multiple steps to get through it along with time and dedication. It reminded me of the spiritual discipline it takes to walk by faith.

For many of us, God has put a dream in our heart or has given us a promise of where He wants to take us. In essence, He’s shown us the picture on the box. We then have a series of steps to go through in order to achieve that picture. Each step takes time. First we have to get the courage to take the next step. Then we have to find the pieces of that step and find where they go. Once we get them in place, it can be a while before God shows us the next step. When He does, the process starts over.

After a while of following the steps God has laid out for us, we can begin to see what He is doing and how those parts fit into the overall picture. In the beginning though, it’s tough to see how any of it relates to what God is doing, but these are the foundational pieces. If we don’t get these in the right place, the rest will not work. It takes spiritual discipline to follow the steps God gives us. That discipline produces the patience and endurance needed to get us where we’re going because it’s easy to want to quit along the way.

If you’re looking at your life and wondering what God is doing, ask to see the box. Let God remind you of the final outcome. To make something incredible, it requires a lot of small steps and intricate details. Don’t get so lost in the steps He has given you that you lose sight of what He wants to do in and with your life. Also don’t worry about the next step until you’ve completed this step. God will reveal each step in His time not yours. Psalm 37:23 says, “The Lord directs the steps of the godly. He delights in every detail of their life.” God knows the details of each step of your life. Trust Him and follow where He leads.

Tagged as daily devotion, Devotion, disciplined approach to christianity, god has a plan for me, god orders our steps, hope, spiritual discipline, step of faith, steps are ordered by god, steps of a good man, walking by faith, whats gods plan