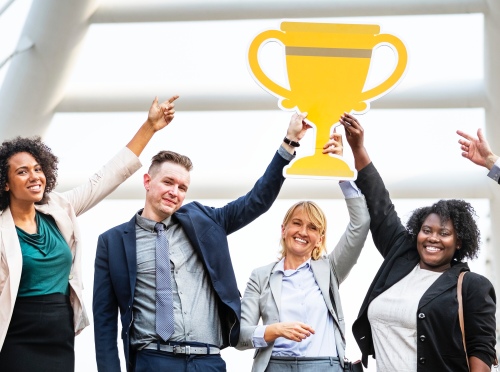 Positive reinforcement is a great tool to encourage people to continue doing what they’re doing. It rewards them for a job well done. Many companies are like mine where they give bonuses if you meet the goals the company sets for you or if you help the company meet their goals. For me, that last one comes once a year. After several months it’s easy to forget several months that I will be rewarded next year if I help the company achieve its goals long term. Sometimes it feels like a chore having to do the things I have to do because I forget about the reward at the end.

In II Chronicles 15, King Asa must have been feeling the same. He was the first king in a while to remember God. He got rid of most of the idols and shrines. He even removed his grandmother from the role of queen mother because of her love for idols. He also defeated armies with over three times as many men. God was blessing him, but he was starting to lose sight of the positive reinforcement that God was using to bless him for doing what he was supposed to do.

The spirit of God came on Azariah and he went to the king to deliver a message from God. In verse 7, he said, “But you must be strong and not be discouraged. The work that you do will be rewarded” (GNT). I believe God is saying that to you and I today. He wants to encourage us to continue doing the work He called us to. I know that we can feel like God has forgotten us as we focus on completing and doing the work He’s given us, but He hasn’t forgotten us. We will be rewarded.

Galatians 6:9 reminds us, “So let us not become tired of doing good; for if we do not give up, the time will come when we will reap the harvest.” God believes in positive reinforcement. He has given us many promises in His Word to keep doing the work even though it gets tiring and mundane. If we will continue to do what He’s called us to, we will reap a harvest and a reward. Don’t quit doing what you’re supposed to be doing. Don’t give up. God sees what you’re doing even if others don’t. He won’t fail in delivering on His promise to you.

Photo by rawpixel on Unsplash

Tagged as christian living, Devotional, devotional on, don't give up, dont be discouraged, dont quit, dont stop, encouragement, god rewards our work, if we faint not, keep going, keep working, ministry, positive reinforcement, rewards, what does the bible say about, you’ll be rewarded

Be Strong And Immovable 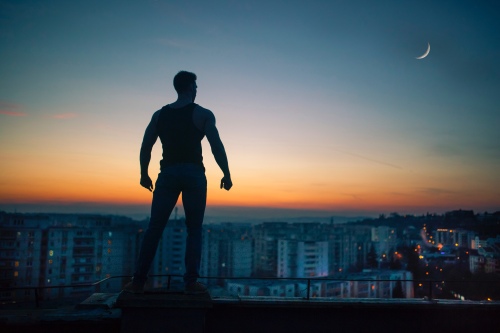 One of the pictures I have in a shoebox somewhere is of me and the neighborhood kids posing by the outline of a fort we made out of Fall leaves. We were so proud of it that we had my mom take a photo of it. We spent a lot of time making that thing, but our efforts were wasted by the first strong wind to blow through. Those leaves kicked up and scattered all over the yard again. We might have rebuilt the thing once or twice more before we gave up realizing that it wasn’t going to last.

Sometimes we can feel that our work for the Lord is like that leaf fort. It feels like our efforts are wasted and unappreciated. Nothing we do seems to last, and we get discouraged. I know what it’s like to invest in someone only to watch the winds of change undo all of the progress. It’s frustrating to watch hours, and dollars appear to go to waste when something we’ve done for the Lord is destroyed or brought to nothing. All of us go through those times where we wonder, “Is this even worth it?”

Paul must have experienced some of those feelings as well. He knew that if he felt that way, others did too. He wanted to encourage those of us who feel that way. In 1 Corinthians 15:58, he wrote, “So, my dear brothers and sisters, be strong and immovable. Always work enthusiastically for the Lord, for you know that nothing you do for the Lord is ever useless” (NLT). He wanted to remind us to keep going and that the work we do for God matters.

Whether you teach Sunday School class with kids who don’t appear to be paying attention, lead a small group that has inconsistent members, work the parking lot at church where no one follows your direction, or any other number of unappreciated jobs around the church, keep working enthusiastically. Your labor is not in vain. Keep scattering seeds. The Lord prepares hearts and causes those seeds to grow in due season. Don’t give up. Be strong and immovable because nothing you do for God is useless.

Photo by photo-nic.co.uk nic on Unsplash

When we do what God wants us to do and live how God wants us to live, there will be others who oppose us. They will do everything in their power to prevent your growth, your rebuilding or your ministry. When you get opposition, you know that you are where God wants you. The enemy doesn’t try to thwart the plans of people who aren’t making an impact for the Kingdom. They aren’t a threat to his control. The ones who are taking light into the dark places, the ones who build themselves and others up, the ones who are on the front lines of ministry are the ones who face opposition.

Nehemiah was trying to rebuild the walls of Jerusalem. They were working hard when Tobiah found out about the work they were doing. The Bible says that he was displeased that someone was helping Israel. In Nehemiah 4, he began to mock those who were rebuilding the wall. He criticized their work and made fun of it. Verbal abuse is one of the greatest tactics of the enemy. He knows that if he can get in your head, he can slow you down or stop you from doing why’s God has called you to do. You can’t listen to the voice of the enemy that says you are going to fail. It will say that your work is worthless and meaningless. Nothing God calls you to do is meaningless.

The first thing Nehemiah did when Tobiah and his friends started mocking him was to pray. Prayer gets your mind back on God. Prayer causes God to move. It waters the seeds that you have sown and causes them to grow. It thwarts the plans of the enemy. It is powerful and needs to be your first response when the enemy comes in and starts playing mind games with you. Don’t get into a battle of words with him. Don’t get slowed down by arguing. Keep working on what God has called you to do and pray for God to help you.

When Tobiah learned that his mocking didn’t stop the work, he then threatened to harm the workers. Instead of panicking, they continued to work, but were prepared to fight. The had a sword in one hand and worked with the other. When that didn’t stop the work, Tobiah tried to trick Nehemiah into not working. He pretended to be his friend and ally. He made a false accusation to try to get Nehemiah to stop the work. In Nehemiah 6:9, Nehemiah said, “They were just trying to intimidate us, imagining that they could discourage us and stop the work. So I continued with even greater determination.”

No matter who your Tobiah is or what tactics they are trying to use against you, don’t stop doing the work God has called you to. Don’t let their tactics get to you or keep you from doing what you are supposed to do. Do not be intimidated by others that the enemy would use to keep you from going where God has called you, from building what you know you are to build or from saying what God has placed on your heart. The enemy wants nothing more than for God’s people to be silenced and dormant. In the face of intimidation from the enemy, we should continue the work with greater determination. Pick up your sword and keep building, God is on your side.